Fit-out for City solicitors Lovells of the Prudential's redevelopment of their Holborn Viaduct site with the inclusion of the replica Victorian gate house shown in the foreground.

HPM advised on the feasibility of altering the base build structure to accommodate a double storey atrium at the top of the building which involved the design of storey height trusses which can be removed at the end of the tenancy.

Fit-out for City solicitors Linklaters of a 1970's building. The base build comprised a 1970's refurbishment and extension and a 1980's office building on the southern half of the former Whitbread Brewery site. The fit out included an extension to house an auditorium. 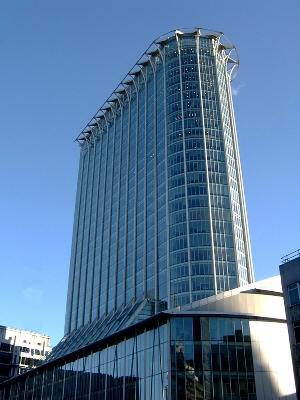 Fit-out of floors 1-11 of the former 33 storey early 1960's BP headquarters building near Moorgate for City solicitors Simmons and Simmons. This building had been refurbished and extended to shell and core specification by Wates City including the incorporation of a 28,500m2 (306,000ft2) basement lecture theatre. 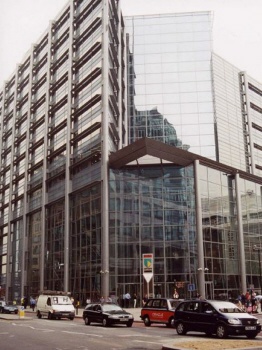 Fit-out for ABN AMRO Bank NV of the first office building on the Spitalfields redevelopment.

We were responsible for structural modifications to suit the tenant's requirements including an entrance foyer with feature staircase.